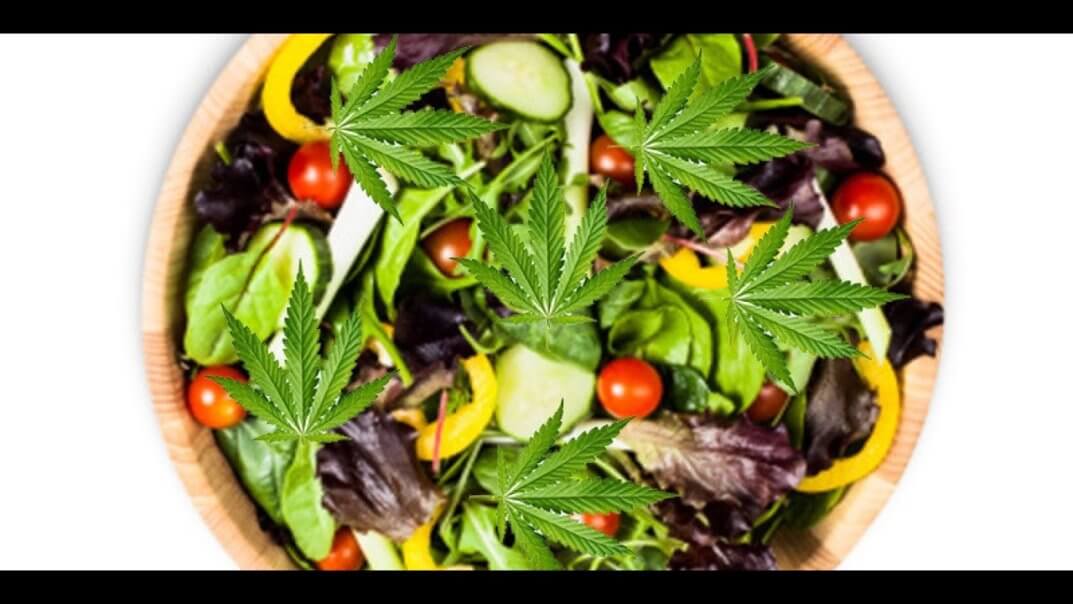 “If cannabis were discovered in the Amazon rainforest today, people would be clambering to make as much use as they could of all of the potential benefits of the plant. Unfortunately, it carries with it a long history of being a persecuted plant.” ~ Dr. Donald Abrams, Chief of Hematology Oncology at San Francisco General Hospital

Approximately 106,000 Americans die yearly from prescribed medications, according to the American Medical Association. Even more frightening, preventable medical errors account for a staggering 400,000 deaths in the U.S. each year — and is considered the 3rd leading cause of death. “It’s equivalent to 2,000 commercial jets taking off each year knowing that they don’t have enough fuel to complete their journeys,” notes Peter Edelstein M.D. “Would you allow your spouse to board one of those planes? Your friend? A stranger?”

Good question. Increasingly, people in the West are seeking out treatments that work harmoniously with the body, instead of against it — in other words, they’re walking away from the medical establishment and all its mishaps, mistakes and pharmaceutical drugs. A case in point is cannabis, especially in its raw form.

Marijuana is one of those plants that, to many, conjures visions of Drug Enforcement Administration (DEA) raids and hippies in a drugged-out daze. But it wasn’t always this way.

“The ancient Chinese knew of marijuana’s pain-relieving and mind-altering effects, yet it was not widely employed for its psychoactive properties; instead it was cultivated as hemp for the manufacture of rope and fabric. Likewise, the ancient Greeks and Romans used hemp to make rope and sails. In some other places, however, marijuana’s intoxicating properties became important. In India, for example, the plant was incorporated into religious rituals. During the Middle Ages, its use was common in Arab lands; in 15th-century Iraq it was used to treat epilepsy; in Egypt it was primarily consumed as an inebriant. After Napoleon’s occupation of Egypt, Europeans began using the drug as an intoxicant. During the slave trade, it was transported from Africa to Mexico, the Caribbean and South America. Marijuana gained a following in the U.S. only relatively recently. During the second half of the 19th century and the beginning of the 20th, cannabis was freely available without a prescription for a wide range of ailments, including migraine and ulcers,” Roger A. Nicoll and Bradley N. Alger remind us in Scientific American.

Even American Founding Father Thomas Jefferson declared: “Hemp is of first necessity to the wealth and protection of the country.”

In 1937, the United States Congress decided — against the recommendation of the American Medical Association — to pass the Marijuana Tax Act. The legislation essentially banned the use of marijuana by making it excessively expensive and difficult to secure. It has been downhill ever since. That is, until the last few years where legalization of marijuana has exploded in the U.S., for both recreational and medicinal uses. For our purposes here, we’re going to look at the health benefits of the plant — which are quite impressive.

It may be a stretch for some to recognize raw cannabis as the next in-demand superfood, but Dr. Courtney, a physician with extensive medical training who specializes in the dietary uses of cannabis, presents a provocative case.

When you heat or age cannabis, Dr. Courtney believes that you lose 99% of the benefit cannabis provides. In contrast, if you consume it raw, you’ll reap the full value of the plant. Plus, raw cannabis is non-psychoactive, so you won’t experience a high — an important point for those who would like to utilize the healing aspects of cannabis without feeling drugged or off-center. This means you can also consume a much higher amount of health-promoting compounds with raw cannabis juice compared to if it was smoked or extracted as an oil, according to Dr. Courtney.

Terpenes, essential oils found in cannabis which give the plant its unique aroma, are particularly compelling. A study published in the British Journal of Pharmacology states that terpenoids are “pharmacologically versatile: they are lipophilic, interact with cell membranes, neuronal and muscle ion channels, neurotransmitter receptors, G-protein coupled (odorant) receptors, second messenger systems and enzymes.”

The researchers explored the powerful effect terpenes exert in animal tests. Limonene was found to increase serotonin in the prefrontal cortex and dopamine in the hippocampus region of the brain — both of which help fend-off depression and feelings of stress. Moreover, limonene induces apoptosis (cell death) of breast cancer cells and demonstrated exceptional radical scavenging properties. It’s also remarkably bioavailable, rapidly metabolized and is highly non-toxic and non-sensitizing.

Myrcene is anti-inflammatory and an effective sleep aid, while pinene acts as a bronchodilator and broad spectrum antibiotic — including the destruction of lethal MRSA bacteria. Pinene also curbs inflammation. Linalool is a sedative and anticonvulsant. Caryophyllene is antimalarial, anti-inflammatory and useful in treating duodenal ulcers. Nerolidol inhibits fungal growth and protozoal parasites. Phytol increases GABA expression, resulting in a calming effect. These are just a handful of the 200 varieties of terpenes found in cannabis.

How to Enjoy More Raw Cannabis in Your Life

For a daily dose, Dr. Courtney advises juicing fifteen cannabis leaves and two buds, which is then added to a small amount of fruit or vegetable juice that is consumed throughout the day. If you would like to learn more about juicing cannabis, this article article offers tips and suggestions. Keep in mind that juicing improperly may create heat, which will cause THC to form. Jeffrey C. Raber, Ph.D. also recommends having the strain of marijuana you’re using tested at a reliable and accurate lab so you know exactly what you are getting.